The Program Newsletter has been published bi-annually since June 2003: in spring and autumn.  It is created by Kirkland grantees of a given year and by Program alumni. Once, it was printed and sent by post, now it is issued in an electronic version. Available in Polish.

The program also seeks to support Graduates by providing them with small grants, the purpose of which is, among other things, to enable them to share in their environment the experience gained in Poland, to prepare implementations, to work on larger projects inspired by their stay in Poland, and to support the cooperation of Graduates with Poland and with each other. The range of possible activities is wide in order to make the formula as adaptable as possible to the needs of specific people. We are committed to supporting grantees in the difficult moment of returning from their fellowship, embedding themselves in the reality to which they are returning, and promoting the practical dimension of their activities and sharing the inspiration and experience from their field gained in Poland.

Each year, we award several grants for post-return activities – in 2021 and 2022, 13 Alumni submitted applications, of which 10 received funding for the implementation of the submitted project. The total amount of grants awarded in the competition was PLN 39,755.

Russia’s aggression against Ukraine severely complicated the implementation of the projects, some of them lost their relevance, others could not be implemented at this time and/or in this dimension. Therefore, the Foundation, at the request of the interested parties, agreed to reallocate the grant to Humanitarian Action activities.

Grants for Alumni for activities in Poland

The aim of the competition is to support Alumni living in Poland in activities for the benefit of the Program countries – their promotion in Poland, the development of cooperation between these countries and their cooperation with Poland, as well as for the benefit of national minorities of the CP countries in Poland.
The competition was first announced in the fall of 2021. At that time, 17 projects were submitted, of which funding was awarded to 11 projects for a total amount of PLN 30,920. In March 2022, some of the projects were refocused on aid activities for Ukraine.

A spectacular example of activities within the framework of the above grants is the “Bridges of Friendship” Conference. The conference, organized by Elena Kucheryava (Russia) on May 28, brought together representatives of 37 scientific centers in Poland and Europe. A significant part of the speeches will be published in the journal of the Department of Political Science and International Relations “European Review”.

Reimbursement of travel costs regarding conferences

From the very start of the Program, we have been making efforts to fund or subsidize the participation of Grantees and Alumni of the Kirkland Program in key conferences and forums held in Poland. In the year 2017, these included for example: Warsaw Global Forum, the Economic Forum in Krynica, the European Forum for New Ideas (EFNI), WEASA, but also many smaller sectoral conferences.

Where possible, we are open to providing support to cover the needs of our Alumni. We invite them to submit letters of intent on the events in Poland which they wish to receive funding for. Each such request is considered on a case by case basis; we also take individual decisions of the value of such funding.

For the Program alumni we create additional opportunities for meetings and nurturing relations. Therefore, since 2008 we have been organizing summer Meetings of “Three Generations”, also called “Troikas”, in reference to how the presidency in the Council of the European Union is Organized. In the EU, each troika includes the incumbent presidency as well as the previous and successive one. This is also how our “Troikas” are organized, i.e. the meetings are attended by the following three generation of Kirkland grantees:

The aim of such “Troikas” is to integrate the grantees of the Kirkland Program from different editions, give them an opportunity to get to know one another and share their experiences with new grantees. Such meetings of “Three Generations” are held almost exclusively in Ukraine. However, they were also held twice in Minsk (Belarus) and in Georgia.

In 2016, the first convention of alumni was held to celebrate the 10th anniversary of their scholarship in Poland. Oksana Alpern and Aleksander Rusiecki invited the grantees from their year to Tbilisi (Georgia), where not only could they meet but also exchange information and work on joint projects.

In 2016 we started inviting Alumni to attend the conventions of current Grantees in Poland. These events are organized 4 times a year in various cities of affiliation under the Program.

We announced a competition for preparing a presentation on grantees’ activities following the completion of the scholarship. As part of the competition, most interesting presentations were selected and their authors invited to deliver the presentation personally to current Grantees. Similar competitions will be organized every 2 years with the aim of selecting the Alumni who will be invited for upcoming conventions held in Poland.

In 2017 the first competition for the Kirkland Program Alumni was organized. The purpose of the competition was to organize a study visit (lasting from 3 to 5 days) for a group of 4 or 5 at their workplace in one of the countries targeted by the Kirkland Program. So far, several such visits have been organized by our Alumni. They were devoted to different topics, ranging from enabling persons with disabilities to access universities to the exchange of CSR experiences. Information on all visits can be found in successive issues of our Bulletin. 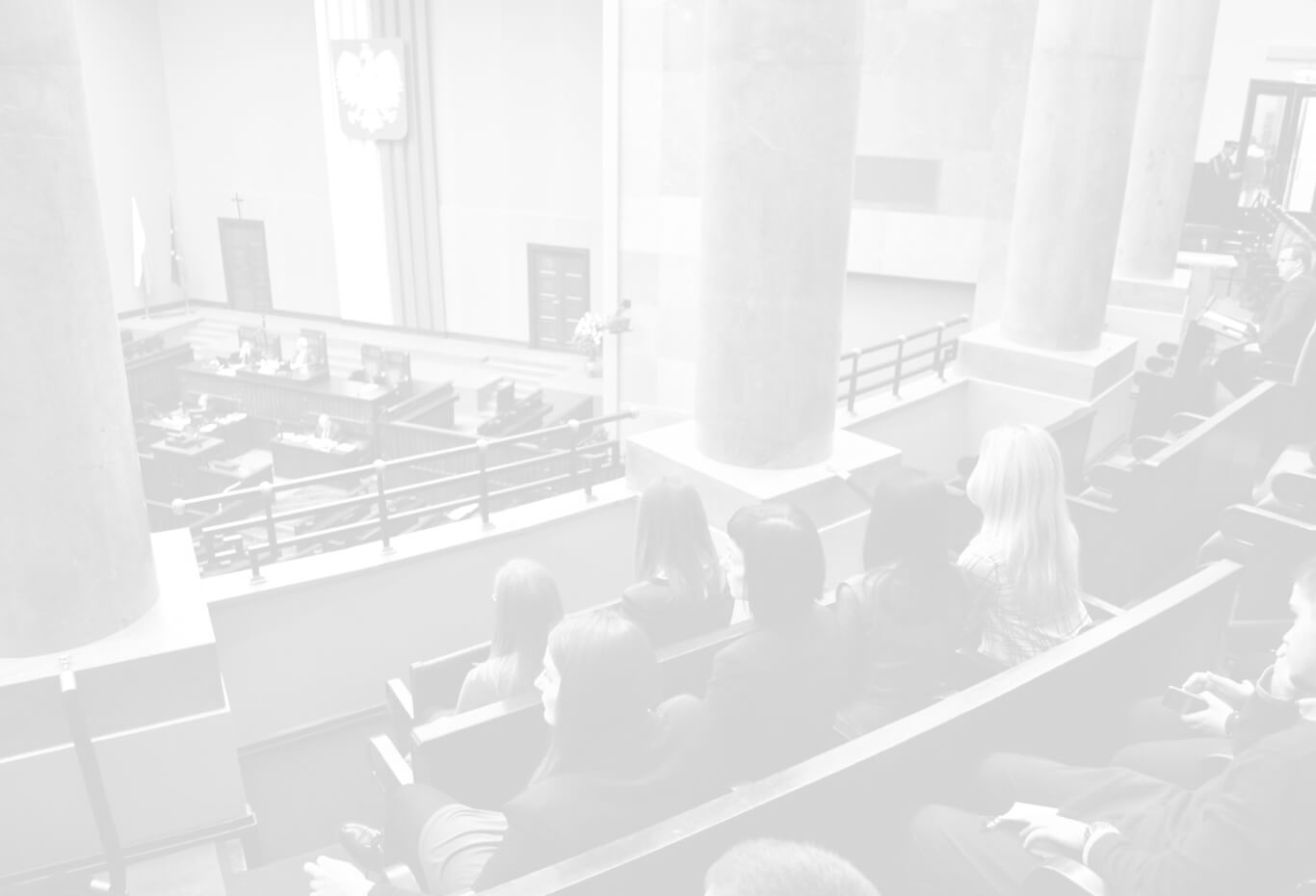 “Poland’s first year in the European Union” Lecturers and panelists invited to the conference included Prof. Leszek Balcerowicz, Włodzimierz Cimoszewicz, former Marshal of the Polish Sejm, Prof. Zbigniew A. Kruszewski, former vice-president of the Polish-American Congress as well as Jarosław Pietras, Ph.D., head of the Office for the Committee of European Integration.

“Poland, the European Union and the Region”. An opening lecture inaugurating the conference was held by former Marshal of the Polish Sejm Bronisław Komorowski. At the sidelines of the conference, a photo exhibition was organized under the slogan “The life of Kirkland alumni”.

“Polish Presidency in the EU and regional cooperation”. Lecturers and panelists invited to the conference included Head of the Chancellery of the President of Poland Jacek Michałowski (former program director at PAFF in charge of the Kirkland Program), Prof. Leszek Balcerowicz, Vice-Minister of Foreign Affairs Beata Stelmach and president of the Committee of the Council of Ministers Michał Boni. The conference was co-funded by the Minister of Foreign Affairs of Poland as part of a regular program entitled “Promotion of knowledge about Poland”.

the aim of the 5th Alumni Conference was to sustain ties to Poland, to nurture contacts among alumni and to promote their efforts to introduce positive systemic changes in their home countries. The following keynote lectures opened the Conference:

1. Perspectives and issues related to economic transition by Prof. Leszek Balcerowicz, former Vice-Minister and Minister of Finances, former President of the National Bank of Poland, President of the Civil Development Forum Council.

3. The USA and the world in the years 2000-2015 by Andrew Nagorski, writer, columnist, former Vice-President of the East West Institute, President of the Board of Directors of the Polish-American Freedom Foundation.

The idea to create an association of alumni emerged at a very early stage of the program implementation. However, due to a number of factors, mainly the differences in regulations in respective countries of origin of the alumni, the establishment of an international association proved quite difficult. Therefore, national alumni associations started emerging. It is worthwhile remembering about them as they give the alumni the opportunity to join their forces.

The first association of alumni under the name “Regiomonti” was founded at the end of August 2002 by the alumni from the Kaliningrad Oblast.

In April 2007, during the meetings of the Selection Committee with grantees in Kiev, an idea appeared to establish an alumni club at the Polish Institute in Kiev. A festive opening of the “Kirkland Center at the Polish Institute in Kiev” was held on 1st February 2008 in the Polish Embassy. Upon opening, the Enter could already boast about two successful initiatives, i.e. organization of the “Three Generations” meeting in September 2007 and and the creation of a “European Collection”, i.e. over 500 books dedicated to the EU integration experiences of Poland. The holding was extended by further 120 publications in the spring of 2012.

In July 2007, a similar body was established registered under the name Georgian Kirkland Absolvent Club (GKAC) in the fall of 2010. For several years now, alumni have been actively involved in promoting the Program in Georgia and recommending candidates applying for Scholarship, as well as organizing the “Three Generations” meetings.

In November 2007 an Association of the Kirkland Program Alumni was registered in Armenia. The said association has been actively involved in the promotion of the Program, organizing “Three Generations” meetings and supporting new grantees in the preparation to the scholarship. Also, they organized in Yerevan an exhibition promoting Poland entitled “29 days in Poland”.