For over 20 years now, the Lane Kirkland Scholarship Program has been supporting individual development of young, ambitious and active citizens of selected states in Eastern Europe, South Caucasus and Central Asia. The goal of the Program is to share the Polish experience of political transformation and integration with the European Union. The group of over 900 alumni of the Program includes members of governments, MPs, managerial staff of large multinationals, heads of local authorities and well-known social activists.

The Program offers scholarships for two-term university training courses on Polish universities. Eligible candidates are young leaders and experts with higher education coming from the following 11 countries: Armenia, Azerbaijan, Belarus, Georgia, Kazakhstan, Kyrgyz Republic, Moldova, Russia, Tajikistan, Ukraine and Uzbekistan who are interested in fostering democracy, economy and civic society in their home countries and in the region.

The Program offers 2 terms of studies on Polish universities as well as 2-week internships in state or private institutions. Potential candidates are persons who have resolved that following the completion of the scholarship, they want to return to their home country in order to implement the knowledge gained during the scholarship or a project prepared as part of it.

Cities of
affiliation
of grantees

The duration of the Kirkland scholarship is 9.5 month and starts with a preparation and orientation session. The event is intended to prepare grantees for the stay in Poland by making them familiar with the local language and reality. Also, it is aimed at integrating persons from different countries, with various experiences, education and views. A permanent element of the orientation session is the inauguration ceremony of the Program taking place at the university hosting the grantees.

After completing the orientation program, grantees will study for two terms at one of five academic centers, pursuing their individual academic program. The program always involves a Polish language course organized in respective cities.

During the academic year, grantees will meet three times during integration and technical conventions organized in respective cities of affiliation. The aim of the sessions is to deepen relations between grantees, hence improving further cooperation between them as well as making them familiar with various regions of Poland.

Professional internships are organized by coordinators and scientific supervisors at the beginning of the second term of the program. Most participants opt for 2- and 3-week internships. However, some of them take part in internships lasting over one month, occasionally in several institutions.

The culminating moment of the Kirkland Program consists in drafting and defending a final project. The final project is composed of two term papers which the grantees are obliged to write at the end of each semester. An agreement entered into with each grantee stipulates the length of the project (at least 50 pages) as well as the deadline for submitting it to the scientific supervisor. Defense of the final project at respective universities is normally held at the end of May and in the first half of June.

In 2016, a new research path as part of the Lane Kirkland Scholarship Program was introduced, i.e. Program Kirkland Research.

The scholarship will last from mid-September to the end of January (term 1). It is similar to the Kirkland Program insofar as the participants also take part in the September orientation and preparation session, 2 sessions for grantees organized in November and January and have the option to take part in the social and cultural path as well as preparatory trainings for Kirkland grantees.

History of the Program

2001
The Polish-American Freedom Foundation together with the Centre for East European Studies at the University of Warsaw Study of Eastern Europe (SEW) of the University of Warsaw are organising the first pilot academic year for grantees from Ukraine.
2001 - 2002
Commencement of the second edition of the Program operated by the Polish-American Fulbright Commission. Countries added to the program are: Belarus, Russia (Kaliningrad Oblast), Slovakia and Lithuania (included in the Program in 2006).
2004 - 2009
The list of countries targeted by the Program is expanded. From this point on, eligible candidates may come also from Georgia, Moldova, Armenia and Russia (the whole area of Russia) as well as Kyrgyz Republic.
2013
The Education for Democracy Foundation appointed as the new operator of the Program.
2016
Establishment of the Leaders of Change Foundation, the mission of which consists in administering the Lane Kirkland Scholarship Program as well as of the Study Tours to Poland Program.
2019
Two additional countries included in the program, i.e. Tajikistan and Uzbekistan. 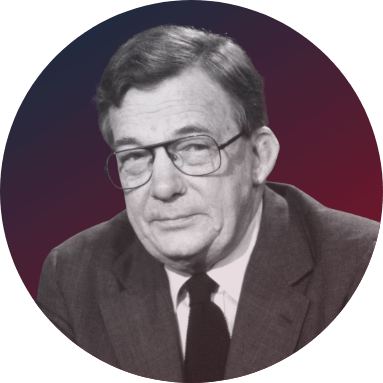 Patron of the Program

Lane Kirkland was born on March 12, 1922 in Camden, South Carolina, United States of America. In 1948, after graduation, Kirkland started working for the American Federation of Labor (AFL). In 1979 he became the leader of AFL-CIO, America’s largest trade union federation.

After Martial Law was declared in Poland in 1981, Kirkland called for Western governments and the International Trade Union Confederation to impose sanctions on the regime. He also redoubled financial support efforts for the Polish opposition – “Solidarity” obtained 4 million American dollars in total, including funds for the electoral campaign in 1989. This same year, Lech Wałęsa attended the AFL-CIO Convention and in 1990 Lane Kirkland together with the federation delegation participated in the second convention of “Solidarity”.

In 1990 Kirkland joined the Board of Directors of the Polish-American Enterprise Fund appointed by the U.S. Congress in order to support the development of the Polish market economy by way of loans and various investment initiatives. Lane Kirkland died in 1999. He was buried with honors at Arlington Cemetery, where the most prominent Americans lie.

One year after Kirkland’s death, the Polish-American Freedom Foundation created a scholarship program named after him. On March 12th, the day of Kirkland’s birth, students and alumni of the Kirkland Program celebrate the Program Day.

The Foundation started operating in the year 2000. The main goal of the PAAF is to foster democracy, civic society, balance individual and social development chances, develop market economy as well as share the Polish experience of political transition with other states of Central and Eastern Europe. The activities of the Foundation are financed from the revenues of the fund that comes from the Polish-American Enterprise Fund. So far, the PAFF transferred USD 250 million to the Foundation. Until 2000, the Foundation earmarked over USD 216 million for the implementation of its programs. The programs implemented by the Foundation are administered by diverse Polish NGOs, in accordance with the principles and procedures developed by the Foundation. The Lane Kirkland Scholarships Program is a long-term educational undertaking of the Polish-American Freedom Foundation set up in 2000. Since 2016 it has been administered by the Leaders of Change Foundation. 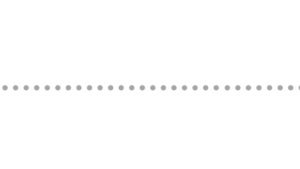 Since 2019, some scholarships under the Kirkland Program are funded by NAWA (Polish National Agency for Academic Exchange).

Organizational structure of the Program 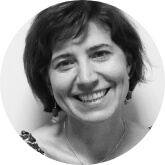 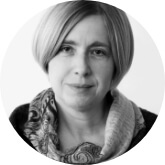 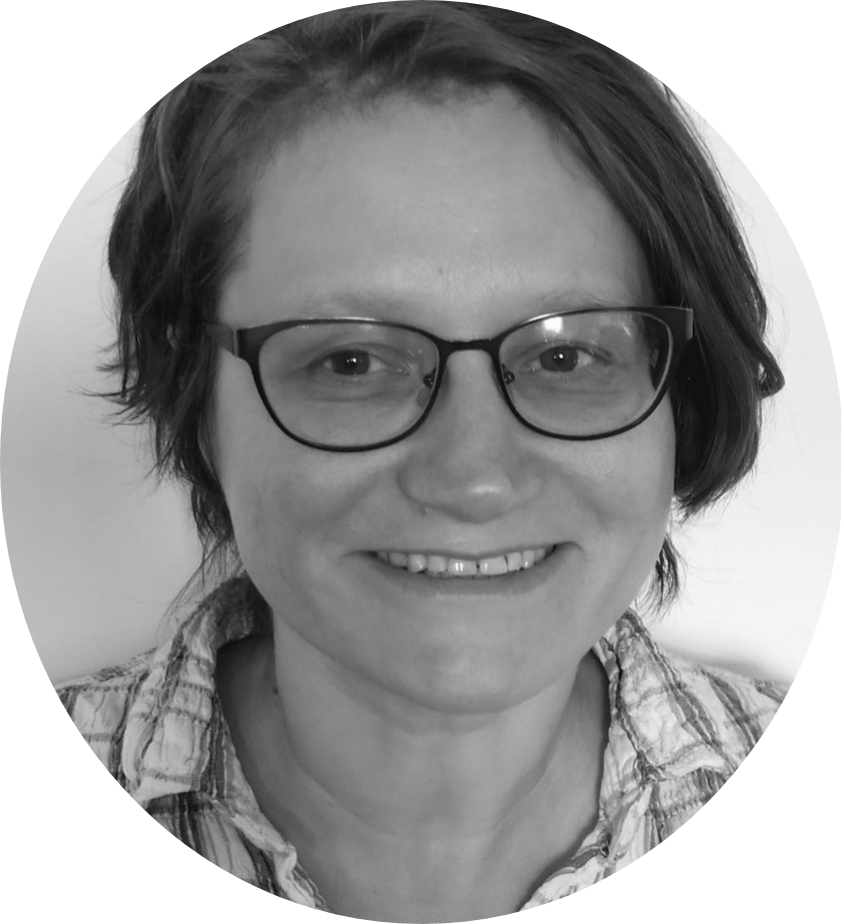 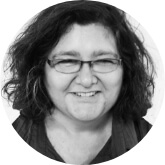 Coordinator for Promotion and
Post-Scholarship Projects 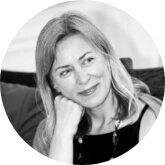 Regional Coordinator of the Kirkland Program in Wrocław 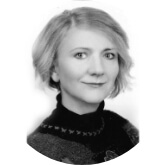 Regional Coordinator of the Kirkland Program in Poznań 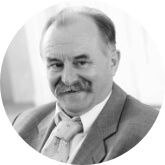 Regional Coordinator of the Kirkland Program in Warsaw 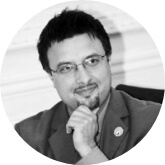 Regional Coordinator of the Kirkland Program in Lublin 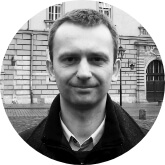 Regional Coordinator of the Kirkland Program in Kraków 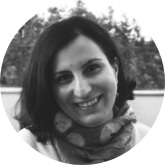 Social and cultural animator of the Kirkland Program in Warsaw 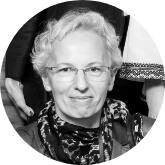 Social and cultural animator of the Kirkland Program in Poznań 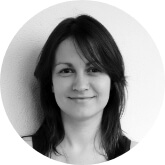 Social and cultural animator of the Kirkland Program in Lublin 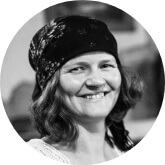 Social and cultural animator of the Kirkland Program in Kraków 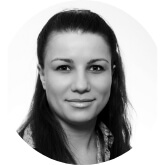 Social and cultural animator of the Kirkland Program in Wrocław

We want to spread the news on the alumni of the Kirkland Program among persons and organizations interested in cooperation, including research institutions, organizers of scientific conferences and exchange or potential business and project partners. Our data base of experts on the LinkedIn portal is where one can review full professional profiles of the Alumni and conduct a keyword search.

The group of Program’s Alumni includes almost 900 experts from 13 countries. So far, about 300 of the Alumni have created their professional profiles on LinkedIn. They work at universities, in local governments, social organizations, governmental institutions, institutions of culture, media outlets, and business entities. Most of them are economists, lawyers, sociologists, environmentalists, civil servants, businessmen, local politicians and social activists.

Data Base of Experts of the Kirkland Program